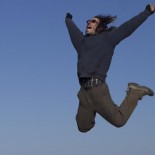 Tonight (Tuesday) was an experience.

It was an experience in seeing how locals live. I was invited to join along to a 4-year-old’s birthday party. And so I joined two couples who each have two sons at an AMF lanes for an evening of drinking, bowling, eating, and wrangling kids.

Bowling. AMF lanes here is classier than back home. The whole bowling alley seemed to be like I assume the ones in the states looked back in the 80s when they were more new or the trendy ones in cities do now. The arcade was up to date. The place was bright and clean. The computers looked like children’s educational toys from a couple years back. The seating was plush purple pleather and pretty comfortable. There was even a walled off section, fully enclosed in glass occupying about 1/3rd of the place so that the smokers could smoke and bowl in the modern age of avoiding second hand smoke in establishments. That seemed to work out well since I was surrounded by little kids.

Dinner. We went to an Outback Steakhouse. No I’m not kidding. No I didn’t pick it. And no, I’m not complaining. I was just as confused as you are about why they have an Australian themed American restaurant in Australia. I guess it’s fair. We have American themed restaurants all over America. And I’m sure that we have some that play on how other countries might do them. Not sure but it would seem to be a thing we would do.

The place was an Outback for sure. Same style of furniture, same sign outside. The walls were decorated much more indigenously, actually focusing more on the Aboriginal heritage and art. It had a much more Outback in Australia feeling to it than just straight up Australia. The names on the menu are different since they don’t use their own clichéd slang, but the menu items were largely similar. That includes the Bloomin’ Onion, which is still called as such. The portions were slightly smaller and more reasonable. The onion was something that three people could easily tackle unlike at home where I feel defeated after about 25%. The steak was delicious though I couldn’t tell you if it was an Australian-style steak or just the first real hunk of meat I’d had since Shawn and Susan fed me a burger on our previous meeting.

Kids. It is said that the best birth control is babysitting. I’m going to extend that to just spending time with kids. The evening showed me that I am in no way ready to have other people relying on me for their survival. I slept in a train station a couple nights ago. I wander the city streets at 3am when I’m not tired. These are not things you can do when your survival is critical to someone beyond yourself. I am still too selfish.

Science. Before everything else, Shawn and I went out for beers at a Cuban bar in the CBD. He had recently received an email pertaining to the medical industry that had a decent chunk of jargon he was curious to have defined. I figured I would give it a (long)shot. As he read me a vocab list of terminology my brain kicked back into pharma-mode and I realized something. I really did learn a lot about the industry and the technologies. And if I kept learning more, I’d be happy with that. Perhaps there was a part of me that just liked knowing something again and being on familiar ground. Perhaps I liked nerding out. Perhaps it was the smallest straw of my old home life to grasp onto. But I think there is a respectable portion of me that really does love the science and misses learning about it.

This entry was posted on December 2, 2011 by Itinerantics in Australia, NSW (Sydney).